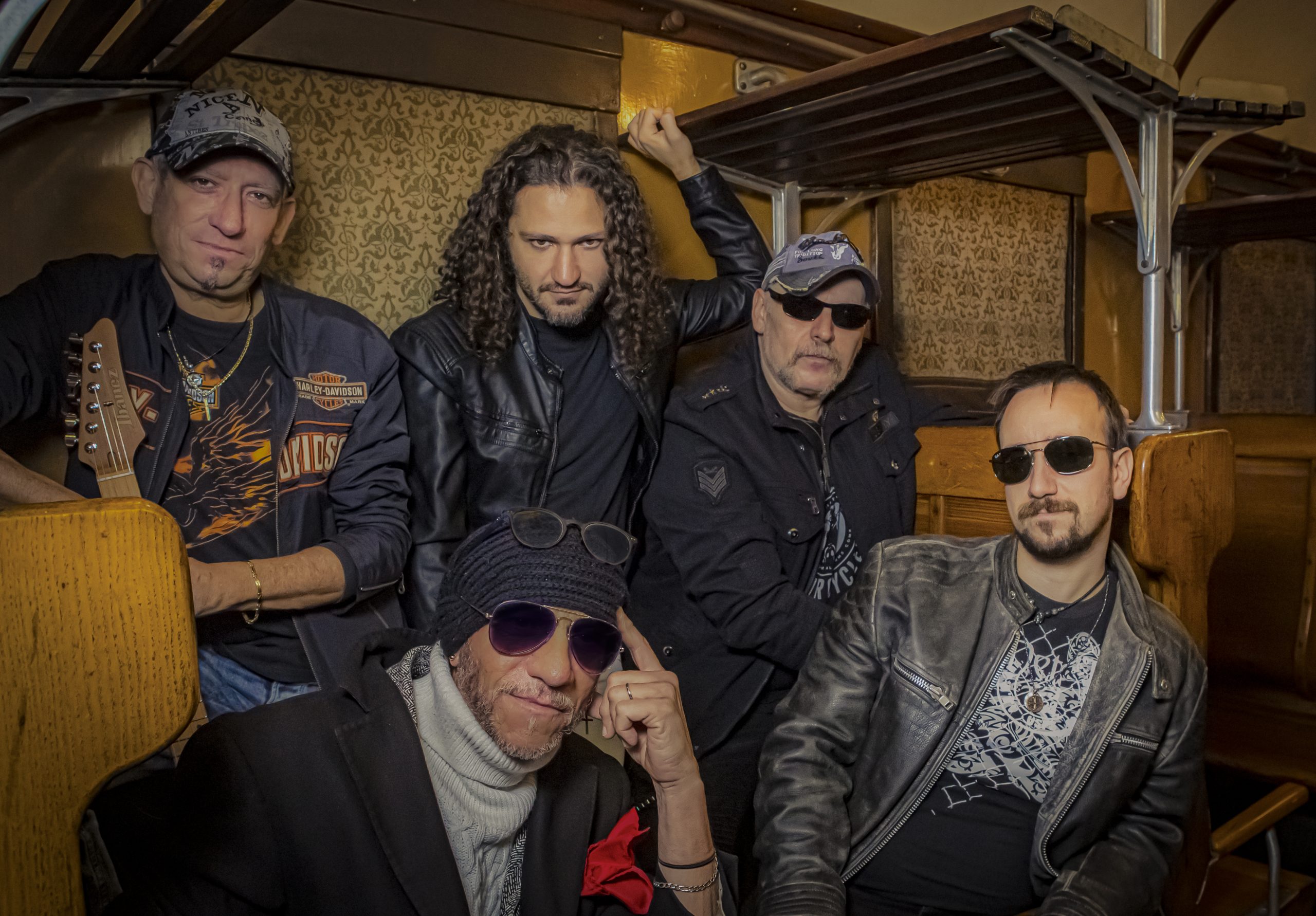 Thunder Rising - a super Group composed by great professional musicians united to deliver the best hard rock of our time.

Rock in its purest, sheerest form, brought to you by these five modern-day hard rock'n'rollers.

Check it out and crank it up!

The project THUNDER RISING was born in 2012 from an idea by Frank Caruso and Corrado "Nail" Ciceri. The two old friends re-meet by chance after twenty years when, back in 1986, they founded their first band called FIREHOUSE that would release two albums all over Europe. It's during those years that they fall in love with the voice of Mark Boals, then lead singer of guitar phenomenon Y.J.Malmsteen!

After twenty years of different musical careers: Frank Caruso (in Arachnes with which he releases eight albums and Strings24 of which Frank is founder and publisher of two albums) and Corrado Ciceri (with his fifteen years with the band Wine Spirit on the most important Live Stages such as Gods Of Metal, Metal Mèan Festival, Glenn Hughes, Alvin Lee and many others and four worldwide released albums) rejoined to start a new project. 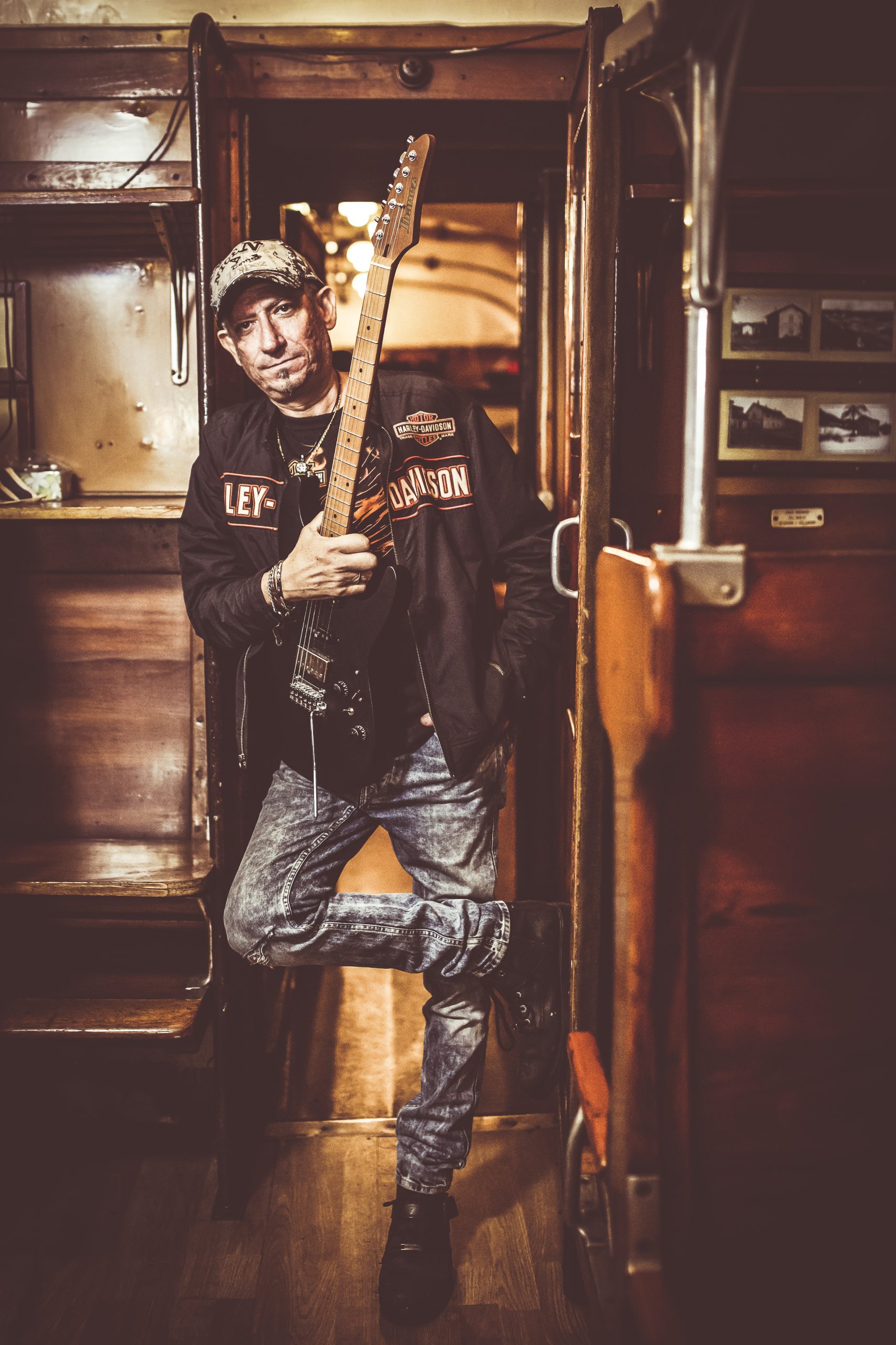 Born in Milan in 1968, he started with classical studies playing guitar and piano at the age of 8. At the age of 12 he published his first record, a 45 rpm for a melodic rock band called MACID. At the age of 17 he founded FIREHOUSE, a band formed by schoolmates that went on to release a couple of albums, one of which (LABYRINTH) was distributed all over Europe. As an acclaimed guitarist he collaborated with several Italian artists during the 80‘s and early 90‘s and thus began his session man activity in various recording studios. He worked with Franco Battiato in addition to other major musical productions belonging to the Italian music scene. In 1992, after graduating in Sacred music, he opened his own recording studio where he began the realization of soundtracks and music for television use and he also worked with the major tv and radio stations (RAI – Mediaset – Radio 101 – Rock FM).

In 1994 he  started a genuine collaboration with the Mediaset Group for which he realized a series of commercials and some important jingles. Since he was tired of producing music for other artists and of the activity of session man, in 1996 he decided to devote himself to a new project, and in 1997 , from the ashes of FIREHOUSE, his new project ARACHNES came to light.

2016 marks the beginning of a great new collaboration; Frank is contacted by the accomplished keyboardist Mistheria and asked to collaborate as an arranger for the impressive Vivladi Metal Project, an “all star Band”. Thanks to this new challenge Frank composes the song “The Age of Dream” involving the most important musicians on the world’s rock scene thus putting together a memorable team for the occasion. In 2020 Frank write a new song for Vivaldi Metal project and record with Mike Portnoy and Jeff Scott Soto. 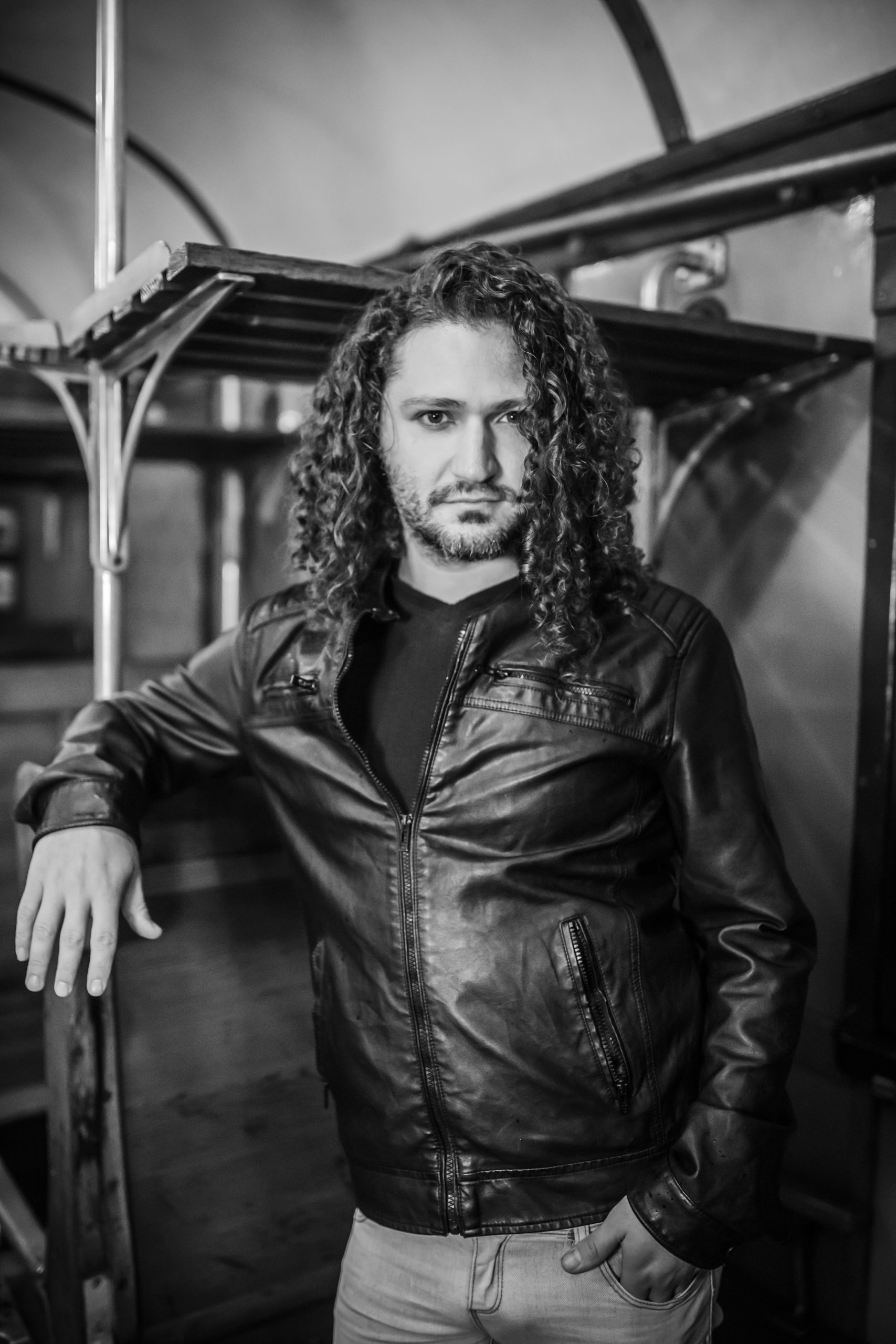 Alessio Spini was born in Monza on the 20th of September 1987. At the age of 13 he had his first appearance on a stage with his first rock band. He began gaining experience on several Milanese stages with different rock and heavy metal bands.

In 2007 he had the turning point of his musical career: an amazing experience with the show “Giulietta e Romeo” by Riccardo Cocciante that gave him the chance to sing on many Italian main stages, such as the Arena of Verona or the Ariston theater in Sanremo during the “Festival di Sanremo” show.
In 2009 he sang in the show “Rock Revolution” by Sergio Carrubba, with whom he performed at the Olimpic Stadium of Barcelona and at the Renzo Piano Auditorium in Rome.
Since 2011 he’s been singing with “Sundust”, a band that published in 2013 the album “Keep Walkin” (Dedolor Records).
He also sang in "The Presence" band, a tribute to Led Zeppelin and Deep Purple. 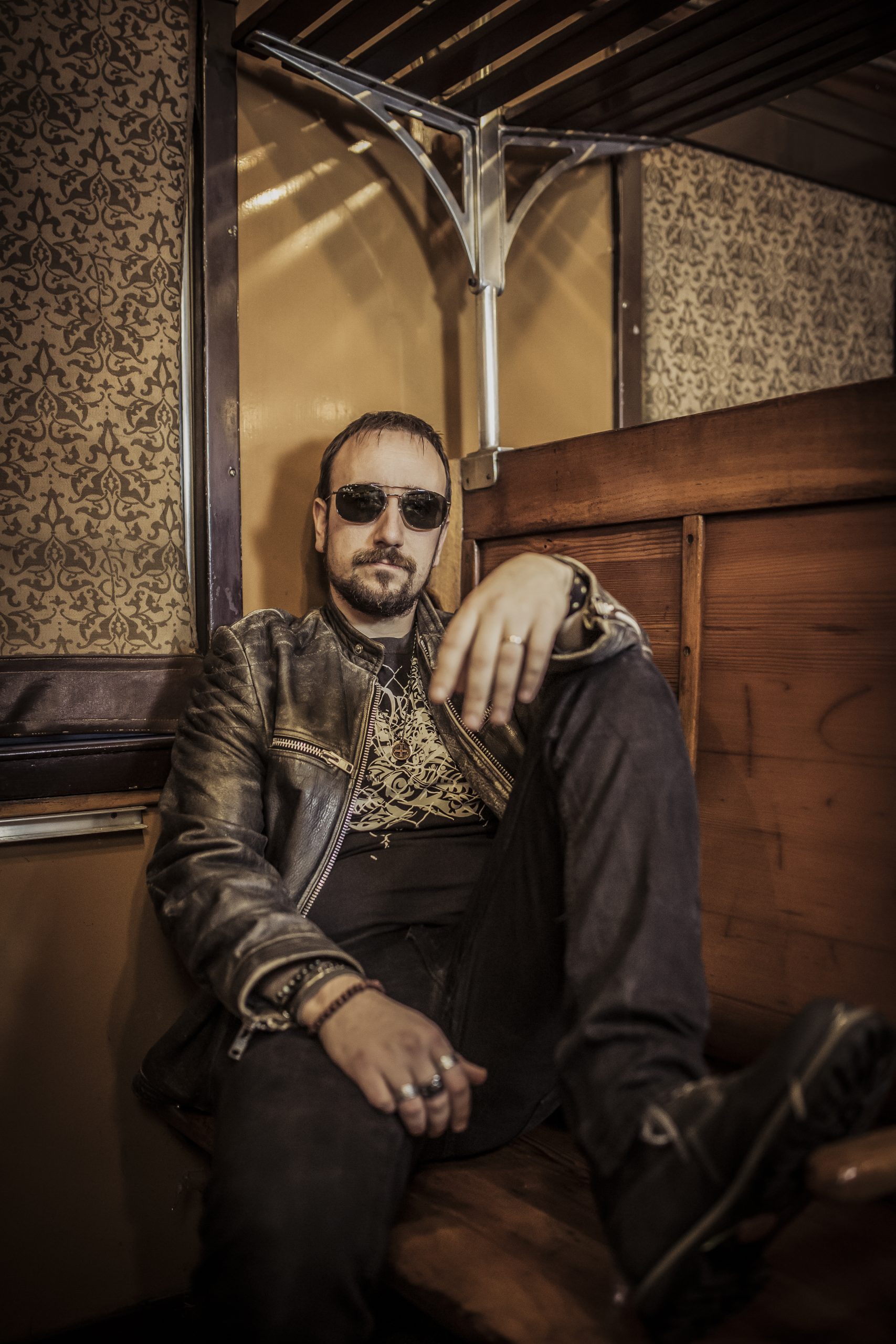 Born in Legnano – ITALY in 1989, he started studying violin at the age of eight and in 2003 he started playing bass.

In 2010 he and Strings 24 toured Spain doing several gigs and also he began creating a sound library and commercials for TV broadcasts.
He’s been sound engineer for several television productions.

He joined Thunder Rising in 2012 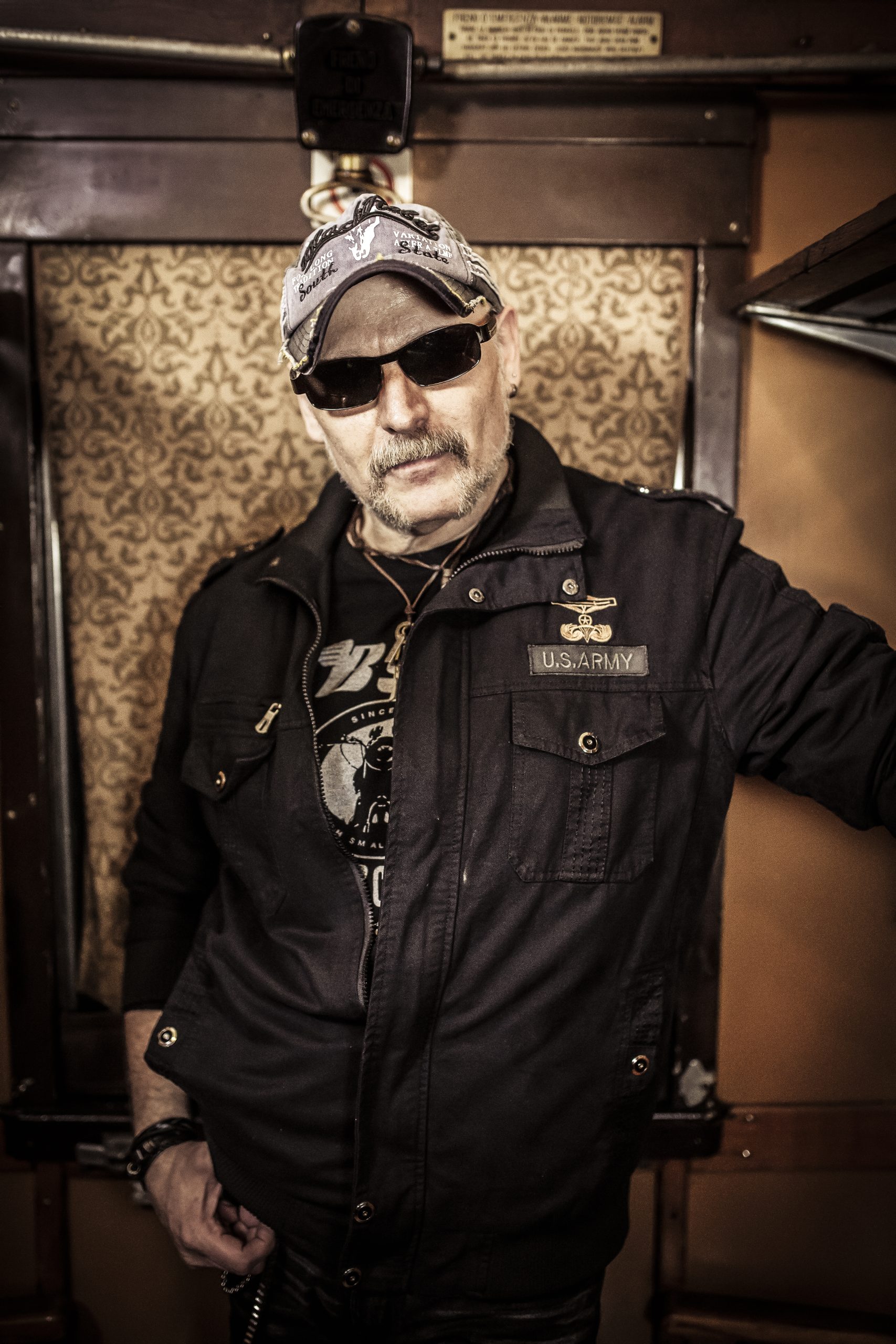 Corrado “Nail” Ciceri started out playing trumpet back in 1977.
In 1982 drums took over and he began playing with some minor line-ups until he met Frank Caruso and joined FIREHOUSE in 1986
In 1995 he toured Europe with the band FREESTYLE and after that he played with the Blues-cajun band CHICKEN MAMBO sharing marvellous experiences on TV shows and concerts with outstanding musicians such as Billy Cobham, Fabio Treves, Robin Brown, Zachary Richard and the great singer from Chicago Shay Jones. He worked on the album “Heroes & Friends” featuring Billy Gregory on guitar and Zachary Richard on bandeon and backing vocals.

He founded the hard rock band WINE SPIRIT in 1995 and they recorded 4 albums together:

With Wine Spirit he also did two Gods of Metal editions ( 2000 and 2001), one T.I.F edition (2005), one Metal Mèan Festival (Belgium 2006), a couple of commercials (Citroen and Birra Nastro Azzurro) and hundreds of gigs all over Italy and Europe sharing the stage with the greatest metal bands ever (Motorhead, Megadeth, U.D.O., Glenn Hughes, Alvin Lee, Rage, Domine, Judas Priest, Wasp etc).

Fire In The Hole was the track chosen from the Album “Hide and Kill” for the band’s first video in 2005.
Corrado endorses Evans drum heads and UFIP cymbals. 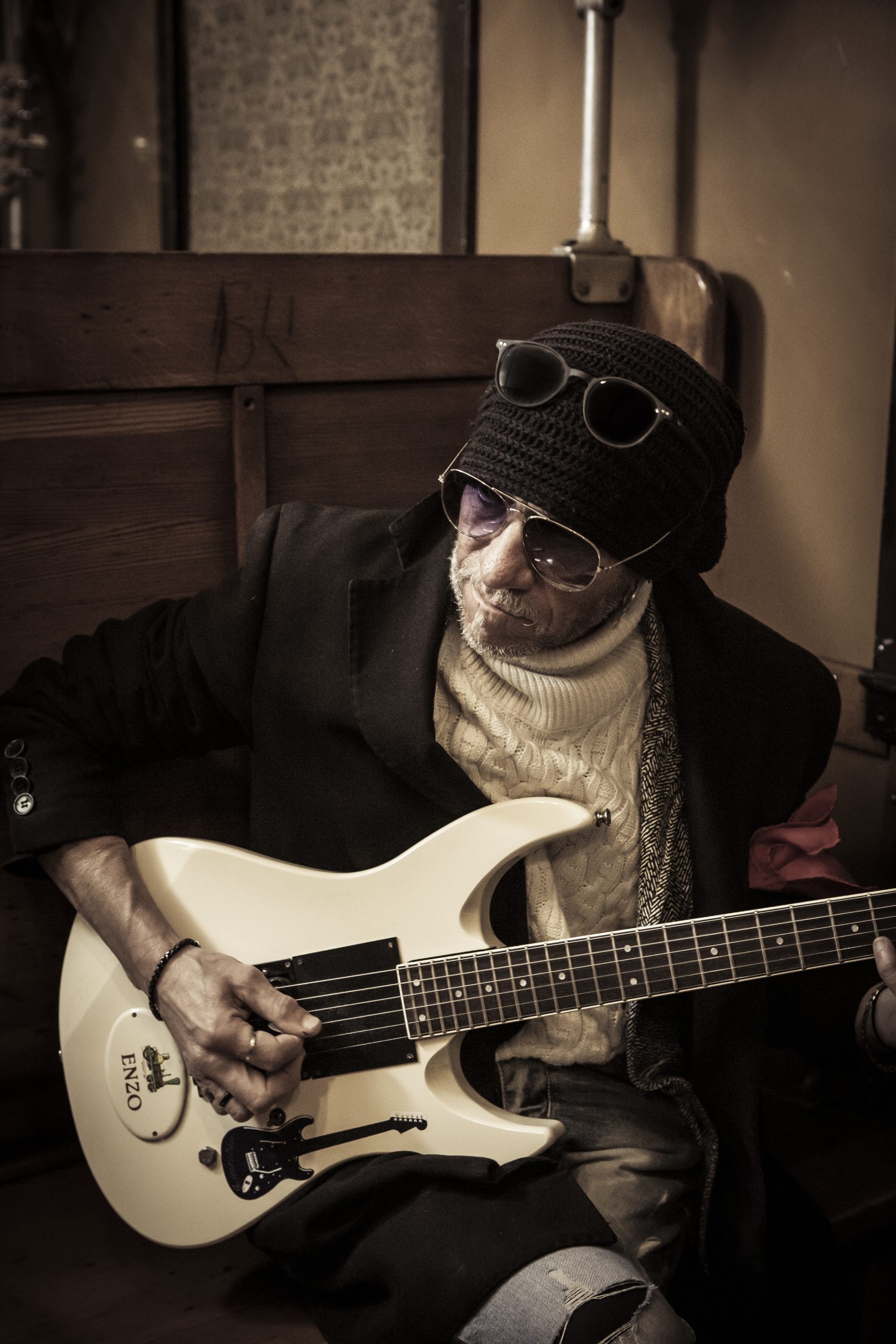 (Member as Author and Keyboards form 2020)

Enzo Caruso was born in Milan in 1959. At the age of four he began playing the accordion by himself, given to him by a peer of his age. At the age of eight he is able to play some Viennese waltzes and opera arias, learned by listening to records. At the age of fourteen he began playing the organ, began classical piano studies and at the same time studied jazz and harmony as a self-taught. He begins to perform live as a songwriter, and at eighteen he has his first experiences in some bands, first as a guitarist, then as a drummer and singer and finally as a keyboard player. He is noticed by the singer of PANDA, an Italian pop band winner of the Festivalbar, and begins an important collaboration, becoming its official keyboard player. In those years he collaborated as an arranger and session player in various recording studios, approached the Milanese circles of jazz, listened to the records of the pianist / keyboardist Sante Palumbo - of whom he tried to discover the secrets of the improvisation technique - and met Giulio Capiozzo degli Area and Stefano Cerri. Almost thirty, he began his collaboration with FIREHOUSE founded by his brother Frank, first as a sound engineer, then as a composer, and finally as a singer and keyboard player. In the meantime he graduated from the Faculty of Letters and Philosophy in Milan with a psychoanalyst thesis, and began to compose soundtracks for theatrical performances, while he began to collaborate with the Mediaset Group. The ARACHNES experience begins with Frank. Shortly thereafter he meets his old idol Sante Palumbo, with whom he forms a sincere friendship and begins a professional collaboration still in progress, becoming bassist in the Maestro's jazz laboratories, and coming into contact with international professionals such as the Miles Davis production team. Currently, with his brother Frank he continues the production of ARACHNES and THUNDER RISING, composes music for commercials and soundtracks for Mediaset, and is active in the production of pop music. 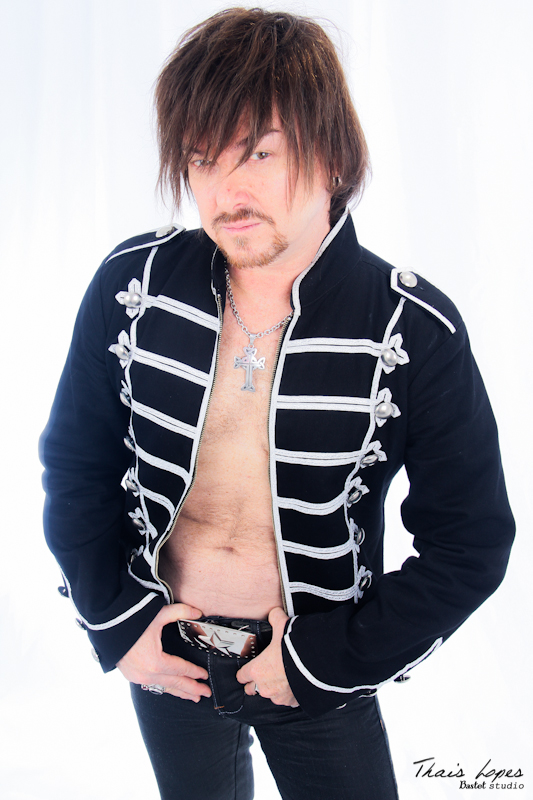 Mark Boals is an American hard rock/progressive metal singer noted most for his work with Yngwie J. Malmsteen starting in 1985-86 with the album “Trilogy”. Mark did 4 studio albums and a lot of touring and live DVDs with Yngwie over a period of many years, with albums selling several million copies worldwide.

in 2000, Mark has been awarded as the best vocalist in the world according to the japanese magazine Burrn! Mark was born in Youngstown, Ohio, USA.

He is known as a master of the soprano high A (A5) note, which he hits in many songs. This is a difficult note for many singers, and Mark is one of the few to have mastery of it.

After playing with local groups while growing up around Northeastern Ohio, he worked with Kim Simmonds and the band Savoy Brown in 1982-83. Following that he worked with Ted Nugent in 1984, before moving to Los Angeles and meeting up with Yngwie there.

Mark Boals is also the founder and vocalist for the band Ring Of Fire, with whom he has recorded 3 studio albums and 1 Live From Tokyo DVD. This band has consisted of Mark on Vocals, Vitalij Kuprijon Keys, Tony Macalpine and George Bellas on Guitars, Virgil Donati on Drums and Philip Bynoe on bass.

Mark has released 3 solo albums with many famous guests appearing on those, including of course Tony and Virgil.
He has performed tours all over the world and recorded with with Uli Jon Roth of The Scorpions for his latest symphonic rock album, “Under A Dark Sky”

Mark also recorded and toured worldwide with Danish progressive metal band Royal Hunt, for the albums “Paradox 2 “and “X”.
He now has a new band with a new album out called “Seven The Hardway” which members include Mark, Tony MacAlpine, Virgil Donati, Nili Brosh and Andreas Geck